Published on February 20, 2018 by salejandro 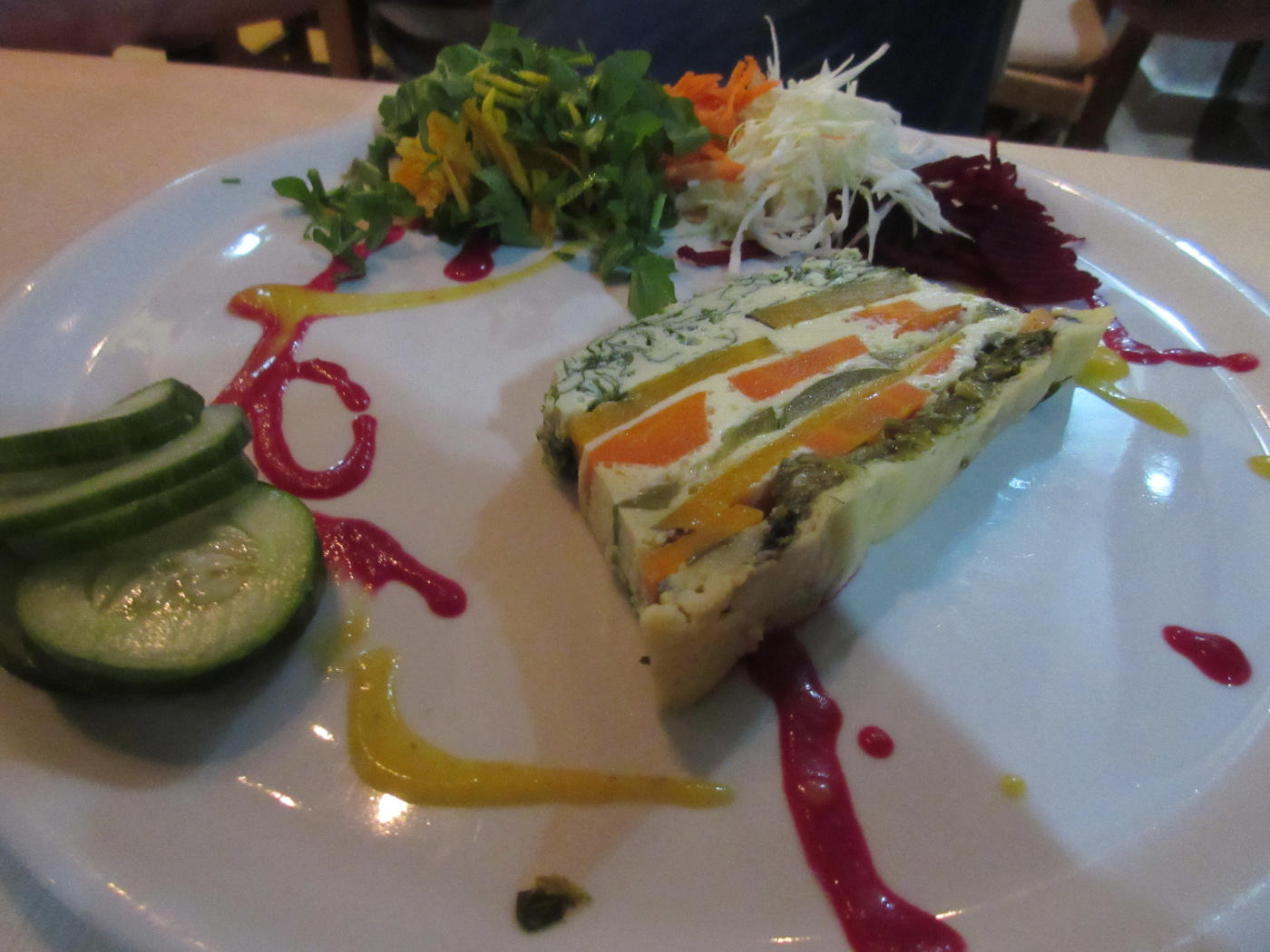 Dining in Cuba can range from the ridiculously inexpensive sweets (make sure you say hello to the 8¢ ice cream in Pinar del Río, Cuba) to juicy barbecue pork ribs at one of our favorite restaurants in the country, Melangé Grill & Bar in Camagüey, Cuba. Launching restaurants that are in harmony with the environment seems to be the trend du jour in the United States. In Cuba, it’s a practice that has been in place for years. El Romero in Las Terrazas, Cuba is a gourmet restaurant that specializes in fresh, healthy and predominantly vegetarian cuisine. (El Romero also has a sister restaurant located in Berlin called Yellow Sunshine.) The restaurant first opened in September 2003, but Las Terrazas (the unique teak and mahogany forest filled biosphere that El Romero calls both home and farmland) has been under UNESCO’s protection since 1984.

El Romero cooks many of its dishes in something we had never seen before, a solar stove. The restaurant recycles all of its waste by turning it either into fertilizer or feeding the farm animals with it, resulting in a low cost non-polluting production cycle. At El Romero, they grow all the fresh organic ingredients from scratch including ingredients like pumpkin flowers and yucca leaves. All of the ingredients the kitchen uses – from the spices to the vegetables and from the fruits to the roots and grains – are all wild and organic. Tasty surprises and exotic plants can discovered throughout the menu. One example is cass (a fruit that comes from the local breadfruit tree which is kind of like a Cuban version of the cherry tree). El Romero uses cass in some of its drinks.

Every meal starts with an appetizer on the house known as malva. Malva is a sort of ceviche made out of lotus and includes lemon, turmeric, onion and other herbs.

Before diving into dinner, we gave one of El Romero’s bar drinks a whirl. The oro drink was made with mint, carcuma (tumeric) and guava. We also sampled the Cusco which was a mix of guava, papaya, cass and banana.

One of our favorite things about El Romero’s menu is that each dish on the menu comes in a small, medium or large portion depending on how hungry you are. Food wise one of the first bites we tried was the galante. The galante is a bit like a layered tower of cheese and veggies. (It’s the sort of lasagne looking thing in our featured photo at the top of this post.)

We also taste tested boliche. At El Romero boliche consists of balls of boiled yucca and yellow sweet potatoes that are filled with fresh vegetables. On the side of the dish they serve brower (spaghetti with garlic, pepperoncini and olive oil).

Given how fresh everything at El Romero is and since the menu is heavily vegetarian, we were able to keep ordering away without feeling as though we’d need a bigger pair of pants. Our table shared an order of the tempura which consisted of local vegetables that were deep fried in a light batter and served with soy sauce. The tempura veggies were one of our favorite dishes of the evening.

The super romero big dish was probably the winner of the night. It consisted of a seitan steak (made out of baked eggplant) which was filled with vegetables and served with a wine sauce.

On the side of our “steak” were tempura and local marinated vegetables.

If you’re looking for a refreshing way to taper off your meal, El Romero’s galante fruitera is the way to go. It’s basically a giant fruit salad piled high with fresh banana, papaya and watermelon.

Our table also shared the pan de cereales which is described as a type of cereal bread made from herbs. The rolls were light, fluffy and delicious.

Dessert wise there were a few interesting options on El Romero’s menu. We opted for the chalupa and the gondola.

All in all we considered our visit to El Romero to be a very successful dinner adventure filled with fun food combinations and lots of local flavor. (It’s worth mentioning that none of the four of us who dined there that evening are vegetarian.) El Romero is a unique dining experience and the food was fantastic. We highly recommend popping by to check out the solar stove or for a glimpse of the fresh herbs you’ll see on the periphery of the kitchen as you bite into your meal.

If you’re in the market for a rather unique souvenir to bring home as a reminder of your Cuban vacation, El Romero sells CDs available in English, German and Spanish that have more than 1,000 of the eco restaurant’s largely vegetarian focused recipes on them. (You can also check out El Romero’s eco food blog here.) Booking a table in advance (at least a day or so before by swinging by the restaurant and putting you name in) is highly recommended since there aren’t a lot of dining options in Las Terrazas.