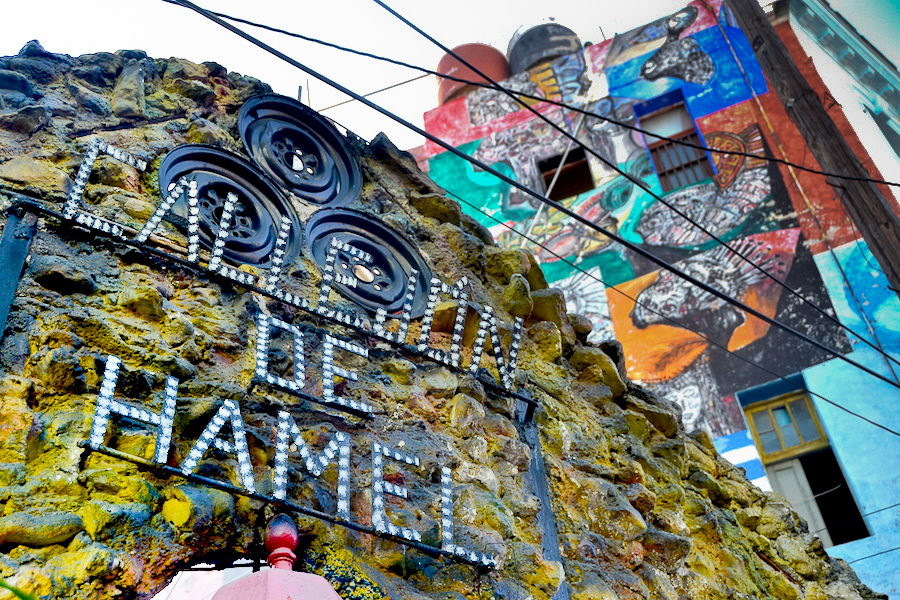 Cuban artist Salvador Gonzáles Escalona describes his Afro-Cuban style as a mix of surrealism, cubism, and abstract art. After spending more than two decades of producing artworks in Cuba, as well as the U.S., Norway, Italy, and Venezuela, the self-taught artist began adorning the alley outside his apartment with art in 1990. 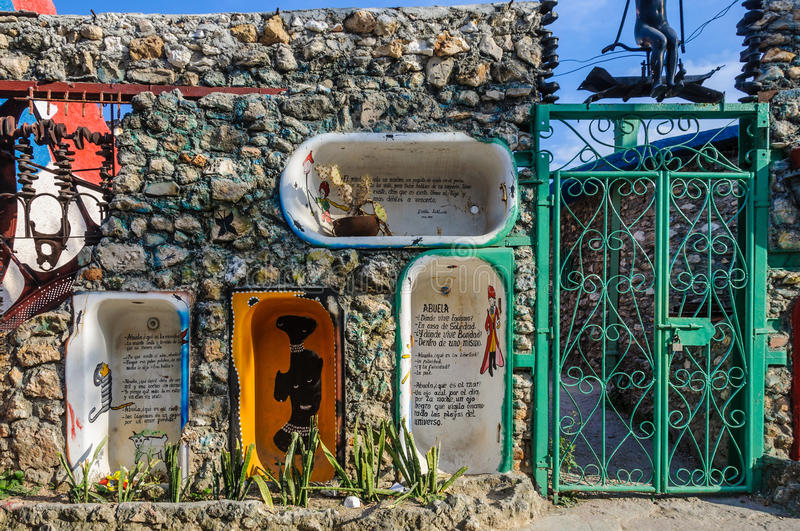 After filling the alley, which stretches for about two blocks, with mosaics, paintings, and sculptures including a throne that bestows good luck and a bench made of old bathtubs, his works started spilling out onto street and up the sides of the buildings. 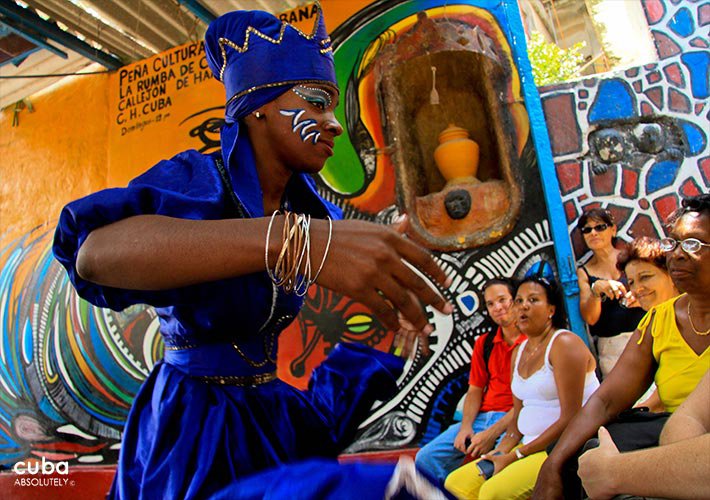 Woman in blue making the dance of Yemaya, african goddess of water at Hanel Alley in Center Havana © Cuba Absolutely

The area was once rather desolate, but the colorful street now provides an eccentric backdrop for musicians and rumba dancers who entertain the increasing crowds of tourists and locals. Sunday afternoon rumba sessions are popular with tourists. A local children’s art program meets in the alley. The surrounding Cayo Hueso neighborhood once had a dangerous reputation, but Salvador’s art has helped to change perceptions of the area.