Cuba’s newest luxury hotel blends the old with the new

Published on September 3, 2018 by salejandro 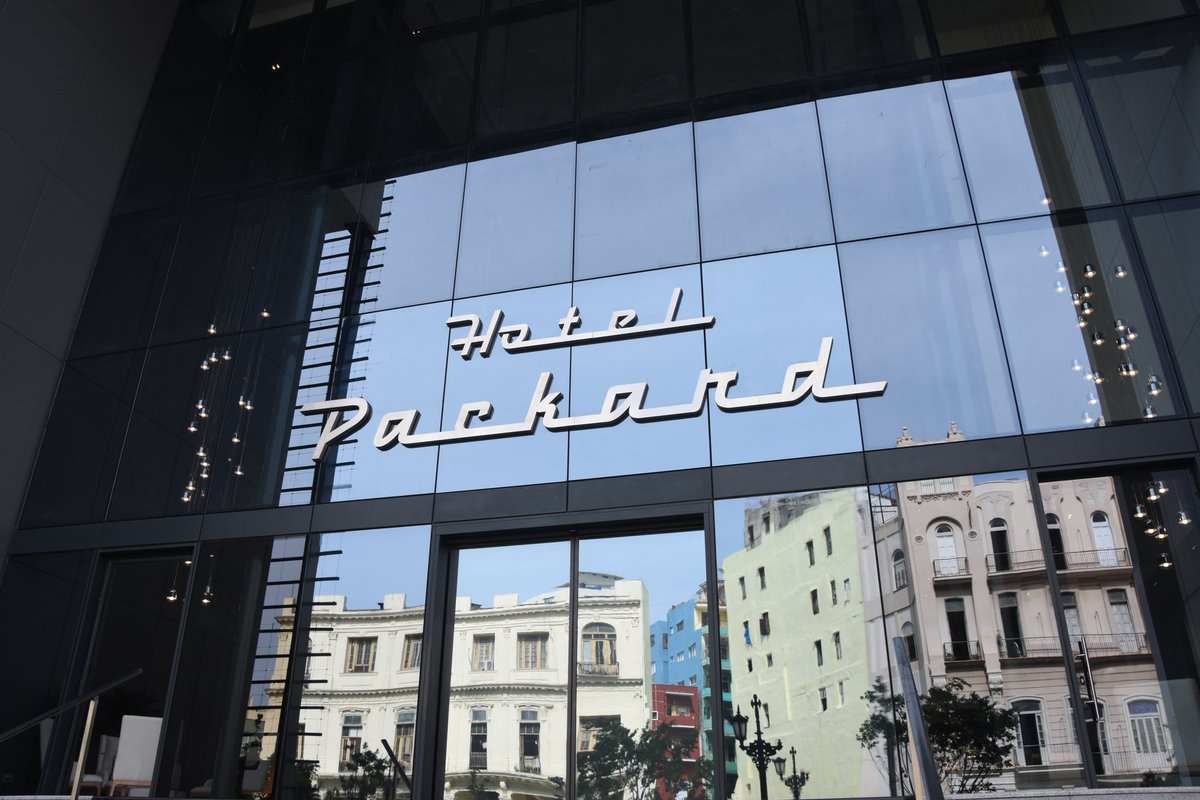 The Iberostar Grand Packard hotel is set to redefine Havana’s city landscape but, just like the legendary phoenix, it literally arose from the ashes.

Anticipating the city’s 500 anniversary in 2019, the building was erected from scratch in an area where the old Biscuit Hotel was inaugurated in 1911 and re-baptized to Packard in 1931. Owned in 1958 by Mercedes and Evaristo Ulloa Ferro brothers, the Packard was nationalized after the triumph of the Cuban Revolution in 1959, but it gradually deteriorated until it closed its doors. It is said to have hosted Chilean poet Pablo Neruda and American actor Marlon Brando in the 1950s. 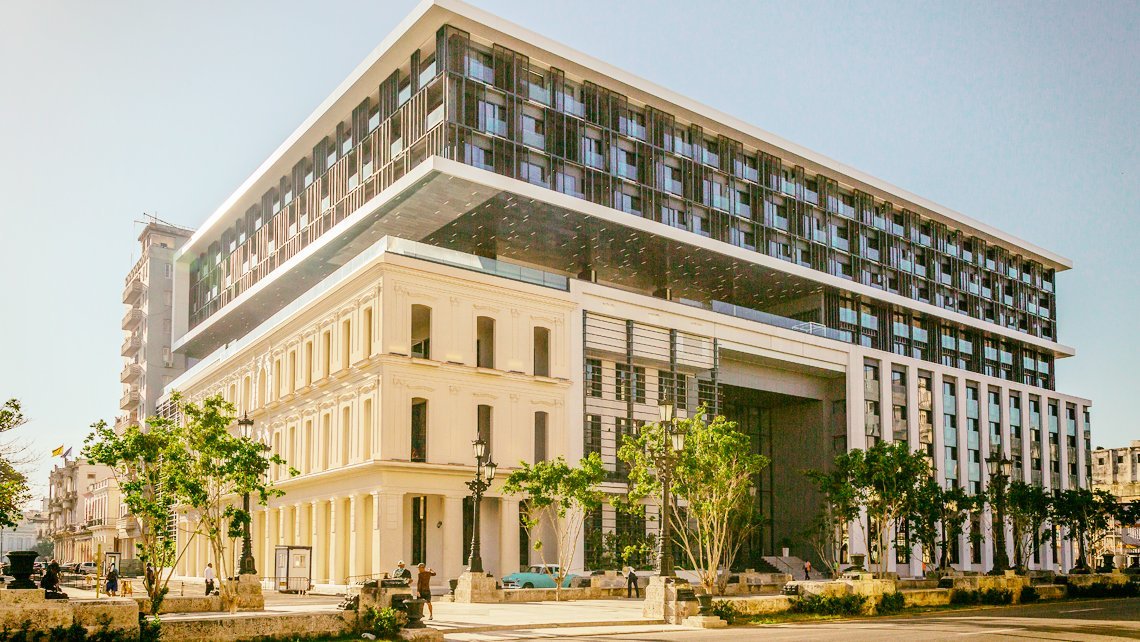 The new building’s most remarkable feature is its unique way of blending the old façade and colonial details with a modern architectural twist. Photo: Twitter

Located in the iconic Paseo de Martí (Prado), the new building’s most remarkable feature is its unique way of blending the old façade and colonial details with a modern architectural twist, designed by Rafael Moneo, head of the restoration project. Moneo is a Pritzker-awarded Spanish architect who also worked in extending Madrid’s Museo del Prado and Mérida’s Museo de Arte Romano. “Cuba has always been among our priority destinations and one of our clients’ favorites worldwide”, Aurelio Vazquez, chief operating officer of the Spanish Iberostar Group, said in a statement. 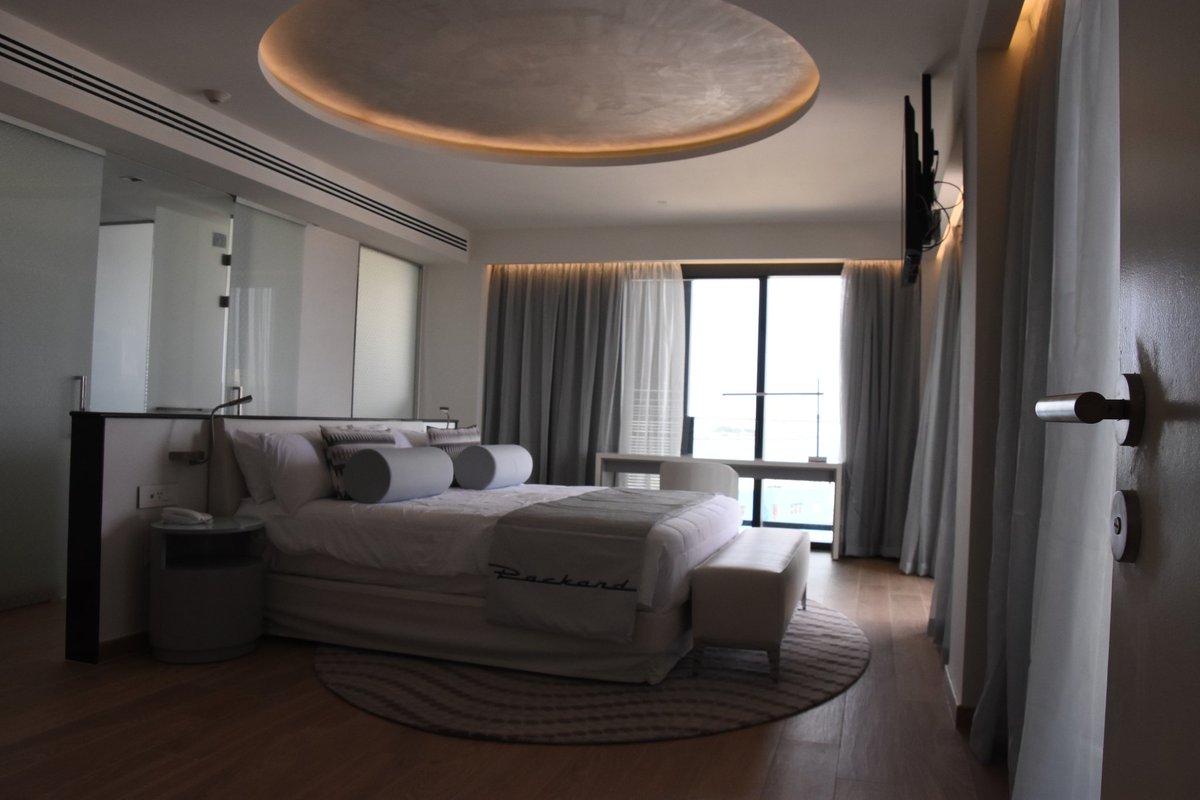 According to Iberostar Hotels & Resorts, three bars and six restaurants are included in premises with over 300 rooms and suites. Perhaps the most attractive area is the infinity swimming pool, overlooking Havana’s photo-friendly malecón seaside promenade.

The Packard is the second five-star plus hotel to be inaugurated in Cuba, following the elegant Hotel Gran Manzana that opened in June 2017. With privileged views over the entrance of the Havana bay, the Packard opens its doors under Iberostar’s luxury brand Grand. Cuba’s Tourism Board deals with over 69,000 rooms in 366 hotels, 63% operated along with 20 international chains such as Kempinski, Meliá and Iberostar. 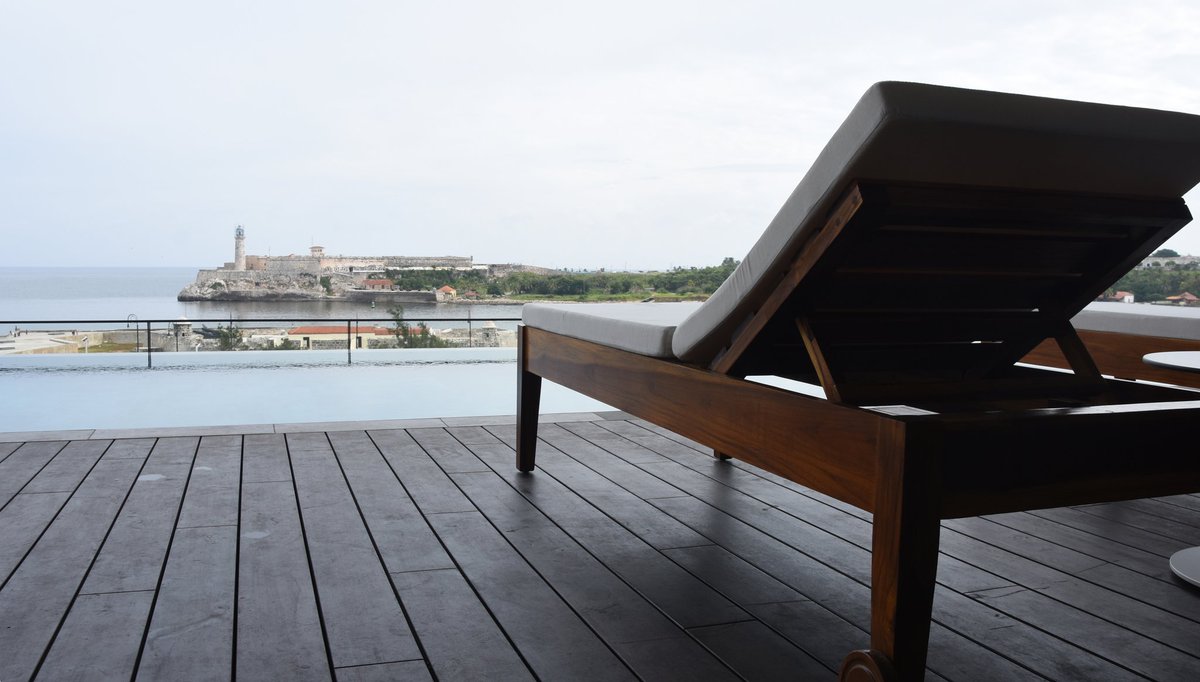 The Packard is the second five-star plus hotel to be inaugurated in Cuba. Photo: Twitter