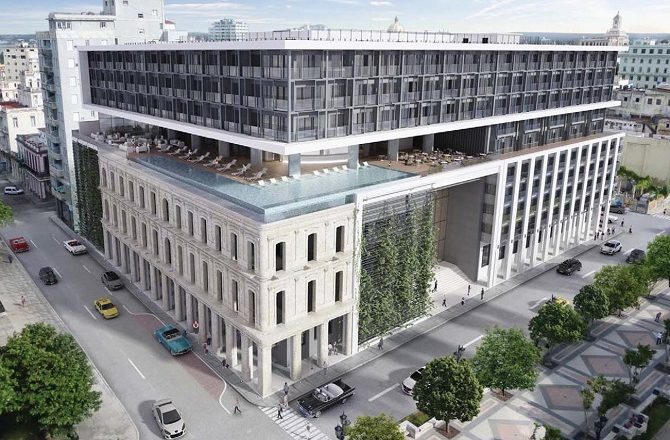 With the goal of concluding in August the construction of the second five-star luxury hotel in Cuba —Hotel Packard—, 192 out of the 321 rooms are already renovated.

Daysi Malvares Moret, Director of Development of the Almest Real Estate Agency, confirmed exclusively to the ACN that they work on the completion of the bedrooms of three of the 10 levels of the property, for its gradual reception by the state-owned Gaviota and the Spanish hotel chain Iberostar, in charge of its administration.

Located at the Paseo Promenade in Havana, with privileged views of the pier, the Packard will open its doors under the luxury brand Grand, of that European company, to please demanding tastes.

Malvares Moret pointed out that the start-up of the climate and water systems has also started in order to detect and solve any possible damage in time.

According to Jorge Suárez Zayas, head of the Investment group of the western Almest delegation, on the first level there will be multi-purpose rooms, a piano bar, a shopping area, a cigar-bar, a gourmet restaurant and a tapas bar, as well as a central patio with glass roof and air-conditioned.

He added that on the fifth floor will be the spa, with a wide range of services, and that the pool, with capacity for 130 people, is located on the sixth level, from where you can see magnificent views of the Bay of Havana and the Castle of Nose.

This area, said Suárez Zayas, has an eight-meter cantilever plate that constitutes one of the main architectural attractions of the building, and for its construction, which supports the upper levels, the incidence of the sun in the schedules of more influx of personnel.

The facility will have a semi-underground parking lot, which will have all the requirements in order to avoid penetrations of the sea in case of natural phenomena, said Malvares Moret in addition to stating that the hotel is in tune with environmental requirements.

The Packard has presence sensors for energy saving, as well as soundproofed carpentry so that customers can enjoy the comfort of their room without the bustle of that busy area of ​​the city, said the director of Development of Almest. 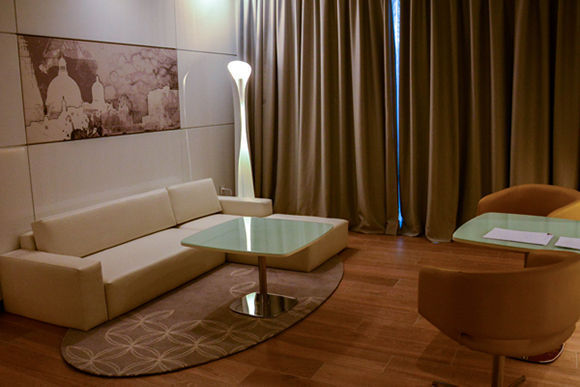 In accordance with the economic development strategy of the country, he said, the furniture of the rooms and some common areas will have the seal of the national industry, except those whose characteristics will be imported.

He explained that the execution of the work has been developed according to the foreseen schedules due, among other factors, to the stability of the work force.

Of the antecedents of the area it is known that the old Biscuit hotel was there, inaugurated in 1911 and that in 1931 acquired the name of Packard, in reference to the traditional and remembered American automobile brand. 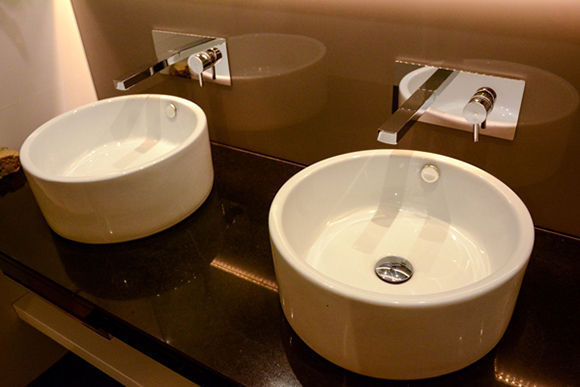 The Grand Hotel Manzana Kempinski La Habana, which opened its doors in 2017, is the first luxury five-star plus tourist facility in Cuba, located very close to the National Museum of Fine Arts, the Capitol and the Gran Teatro de La Habana Alicia Alonso.