Published on November 14, 2018 by salejandro 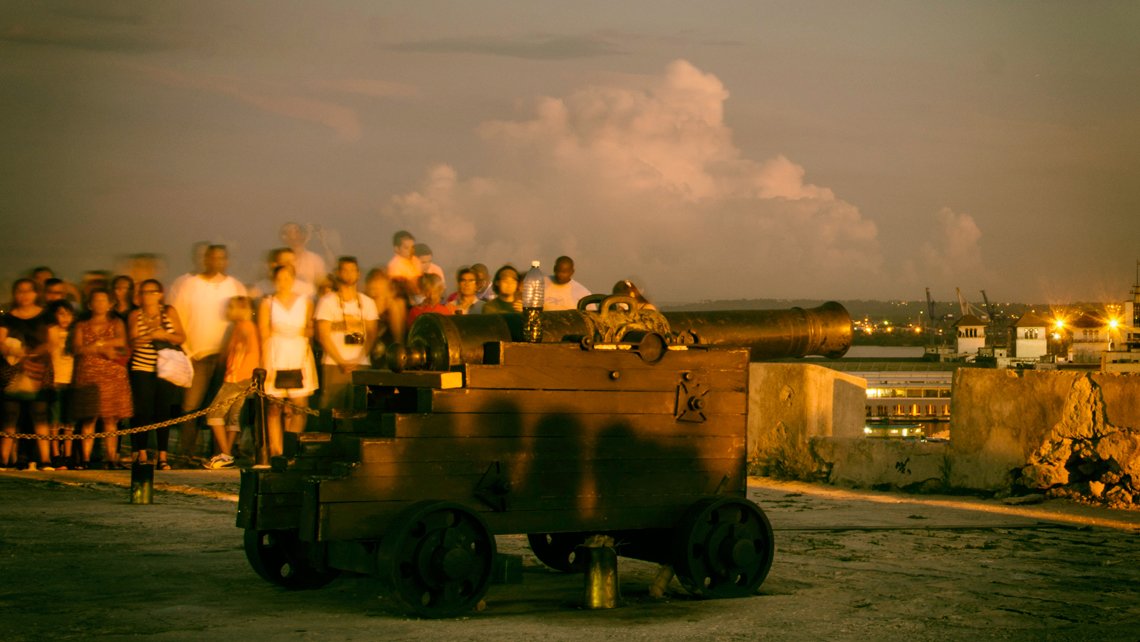 Every day of every year, you can hear the “boom” emanating from the Cannon Shot Ceremony in Havana. Photo: Havana Private Suits

When an inhabitant of Havana wants to express that he/she maintains vitality and good health says. “Im like the cannon shot ceremony”. In that way, and appealing to a 200 years tradition, the person leaves no doubts he/she is still accurate. The veteran cannon shoots a salvo every night, at nine oclock , from the fortress of San Carlos de la Cabaña.

This place offers a complete view of Havana City. The traditional ceremony known as the nine oclock cannon shot, began in the 18th century when a salvo was shot at 6:00 a.m from the Fortress to announce the opening of the city gates, which closed at 9.00p.m. At that time, the small capital of the Island was surrounded by a wall to defend its boundaries. Remains of that work survive today in the Old Havana, World Heritage Site. 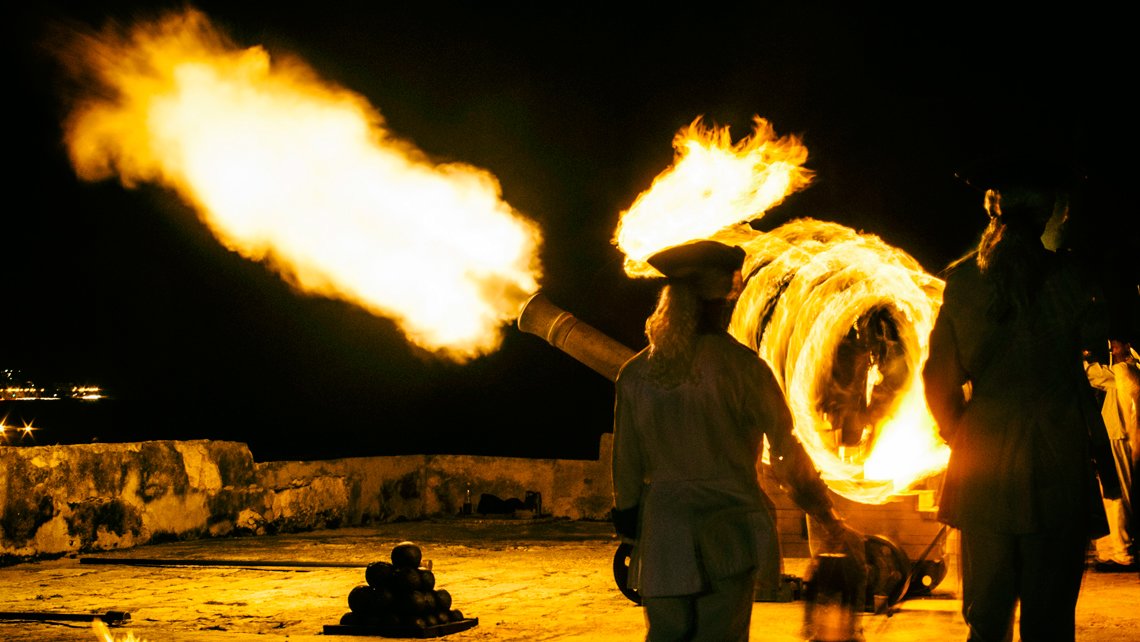 There is no doubt the Cannon Shot Ceremony is one of the signatures of a city declared World Heritage Site. Photo: Havana Private Suits

The ceremony gathers at nine oclock hundreds of national and foreign tourists to see the shot. The show is performed in the Battery of Ceremony of the impressive Fortress, and is performed by young men in the army dressed with uniforms similar to the ones wore by the officials and soldiers during the reign of Carlos III. This sovereign made build this place, Spains largest military fortification in America.

The genesis of this tradition is in a regulation for military activities in the garrisons in the 16th century. It established to make a cannon shot at 4:30 in the morning and another retreat shot at 8:00, at night.

From time to time the shot of the arrival of the maritime mail sounded as well. All these shots were made from a vessel at the entrance of the bay. 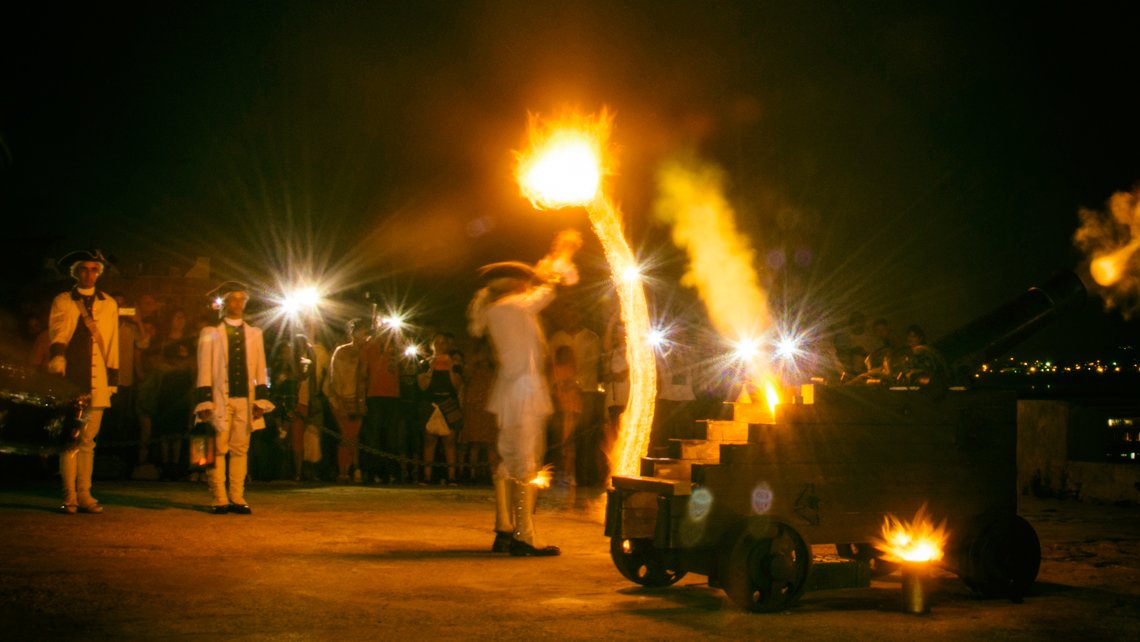 The complex defensive system develop by the city later on, assumed the shot to announce to the neighbours the moment to close or open the gates of the city wall or the lifting of the chain that closed the entrance to the harbour. Since colonial times the social life of the inhabitants of the city was made organized based on the cannon shot.

It is curious how during 1942-1945, at the time of the Second World War , the Cuban government at that time prohibited the cannon shot, arguing that the German submarines could find the location of the bay.

The popular claim forced it to restore the tradition after the war.